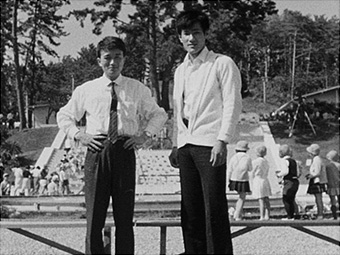 Yuji and his partner Noriyuki Yoshida. 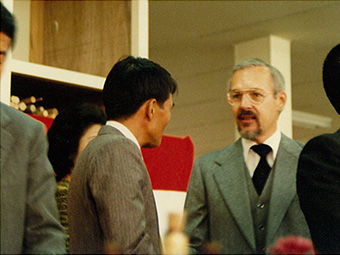 Yuji Miki, the founder of Miki Company was brought up in his father’s workshop. His father made traditional Japanese wooden products, so Yuji become familiar with the various types and properties of wood at a young age. This knowledge would become invaluable to him in the future.

In 1960, Miki started making unfinished one piece cues using a machine that he had constructed himself. He then sold the cues to another company to be finished.

By 1963, he was making finished one piece cues for a trading company who sold to the USA and demand began to increase. The factory was becoming too small to manufacture enough cues to meet the demand. The following year, Miki moved to a new larger factory in the same city. By that time, Miki’s production had risen to 240,000 one piece cues a year.

In 1969, in order to make two piece cues, Miki began to set up machines in the factory. He designed and built his own machines and modified other machines that were bought for cue-making.

In 1971, an American company approached Miki to manufacture their two piece cues. An exclusive contract was made between the two that stated Miki Company could not sell his own brand of cues anywhere in the world including Japan. In fact, every cue Miki made had to be sold through that company. That is one of the main reasons why the Mezz brand was not heard of until recently.

A couple of years later, Miki was asked by the American company to make Carom cues (wood-screw billiard cues) and Snooker cues according to their specifications. This led to the creation of these cues using Miki’s own methods of cue-making.

The following is an impressive list of some cues that Miki made in the past:

As well numerous signature series for some of the brands mentioned above.

By the late 1980’s, the number of orders began to decline and by the 1990’s, the Japanese yen grew very strong. As a result of this, there was a sharp drop in orders which led to the separation of Miki from the American company. Due to the exclusive contract, there was a rumor that Miki was American owned, however, Miki Company has always been independent.

In 1994, Yuji’s son, Kazunori Miki joined the company. He wanted to turn things around and proceeded to develop a network of distributors both in Japan and abroad. Kazunori has shown his persistence in perfecting new methods of cue creation with unique designs and excellent playability.

Finally in 1995 Miki was able to present their own, “Mezz Cues,” at the BCA Expo. 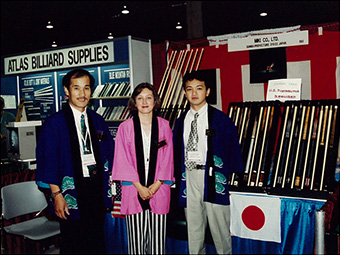 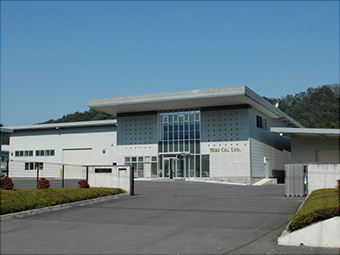 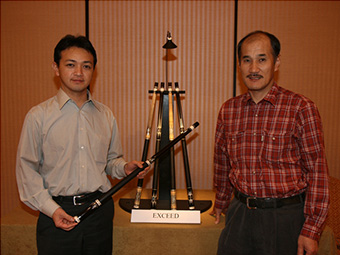 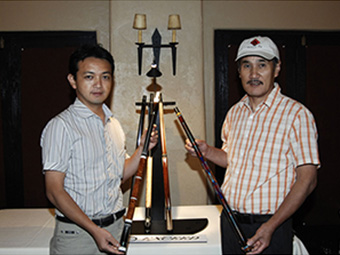 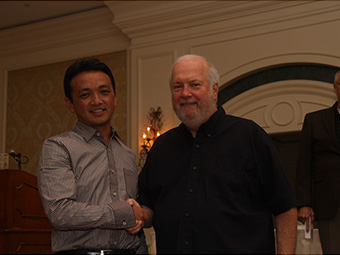 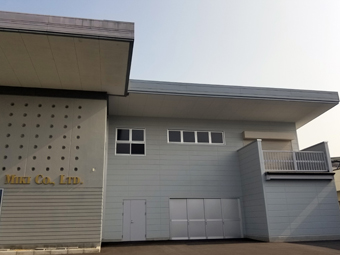